Got The Yips? Thank Tommy Armour 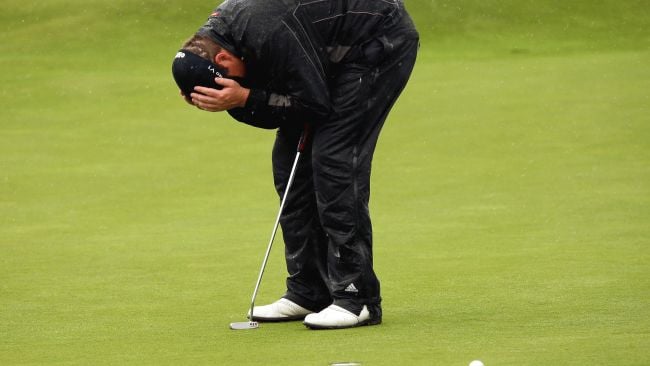 The yips.  The mere mention of the condition is enough to send even the most level-headed golfer headed for the hills.  Throughout history, the plague of the yips has chosen it’s victims seemingly without reason.  The best golfers in the world can be affected just as easily as the weekend duffer.  And that is what makes them so terrifying.

It may come as a surprise, but The Yips is an actual medical condition.  Here’s what the Mayo Clinic has to say:

“Yips are involuntary wrist spasms that occur most commonly when golfers are trying to putt. However, the yips can also affect people who play other sports — such as cricket, darts and baseball.”

For a long time, the general consensus was that the yips were caused by stress, which makes sense on the surface.  What’s more stressful than standing over a 3 footer to win a major championship?  Not much.  However, many sufferers contend with the issue while playing normal, every-day rounds, even by themselves.  Hank Haney was one of those individuals, who even as he built an amazing reputation as a great golf instructor, silently suffered with The Yips.

It’s now thought that The Yips are caused by something called focal dystonia, which in layman’s terms is just a brain condition that causes muscular contractions.  That may not be overly helpful, but many golfers find that changing their grip or even switching hands can help the condition.

So now that we understand what the yips are, let’s jump into the history.  We have Tommy Armour, who is probably more well-known now for his line of clubs than his 3 major victories, to thank for the term that has been terrifying golfers for decades.

Tommy Armour, or The Silver Scot as many called him, was born in Edinburgh, Scotland on September 24, 1895.  His career got an early boost in 1920 when he won the French Amateur Championship.  After that victory, he headed to America where he continued to compete while working at the Westchester-Biltmore Club.

There is no record of Armour having issues with the yips during these early days of his career, which is important, because it gave him the confidence to perform on a big stage.  His first recorded problems came in 1927 at the Shawnee Open where he carded a pretty astounding 23 on the Par 5 17.  The short putts that he used to drain without a second thought were now the most challenging part of Armour’s game.

Armour would never fully recover from the yips, but amazingly, he would win the 1927 US Open, the 1930 PGA Championship and the 1931 British Open.  What that tells us is that there is hope – if Tommy Armour can win majors while suffering through the yips, surely an average golfer can have an enjoyable round and find ways to cope as well.

Other notable sufferers of The Yips: